Green hydrogen: an opportunity to win the race for the energy transition 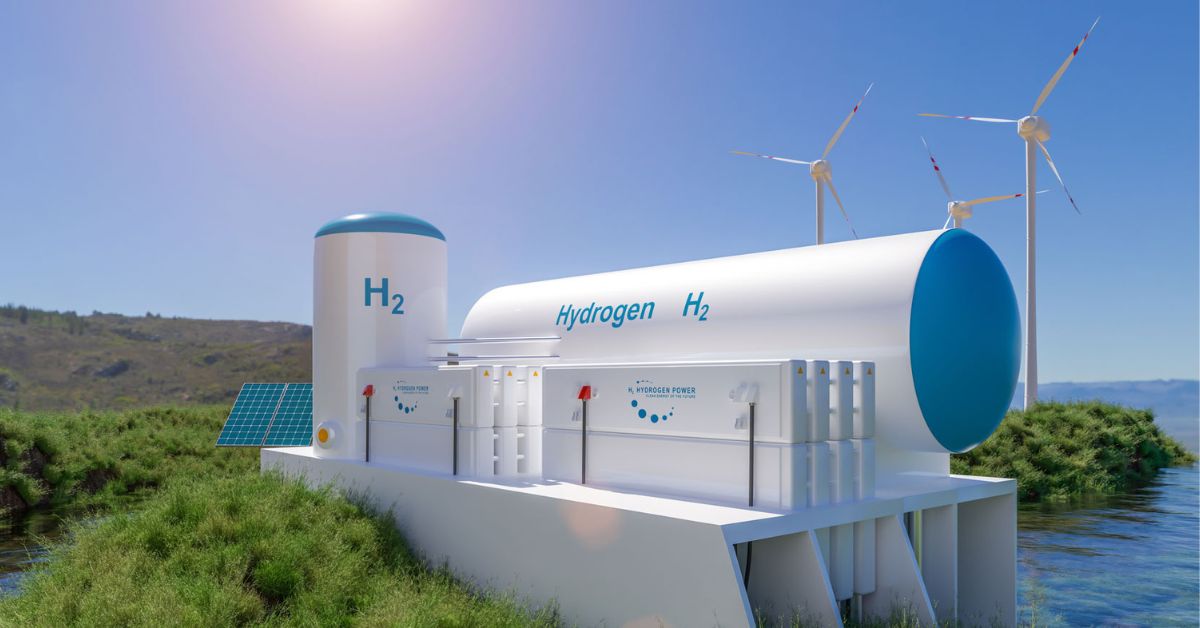 Hydrogen is one of the hottest topics on Hearth. What opportunities could it generate in the future?

Nowadays, the development of alternative energy resources is a priority, especially to face the problems of the permanent increase of energy consumption and costs, parallel to the decrease in the availability of fossil fuels and the fight against global warming caused by excessive consumption of these non-renewable resources.

Hydrogen is an energy carrier, that can help to support sustainable energy development if it is produced from renewable feedstocks. For example, it can be used in fuel cells to generate electricity with high efficiency.

Presently, more than 95% of the hydrogen in the world is produced by steam reforming or partial oxidation of hydrocarbons with the unavoidable production of carbon dioxide. This is called “grey hydrogen” and clearly poses a serious question about the sustainability of its production, in a world like today’s where the awareness of the efforts and resources needed to contribute to the decarbonization of human activities is increasingly gaining ground.

On the other hand, “green hydrogen” is a different story.

Is green hydrogen the answer to the world’s needs?

The global demand for green H2 is growing faster and faster, more than 100GW of electrolysers will be manufactured each year by the end of this decade.

This green transition is also made possible by the goal of western manufacturers of producing more than 42GW of electrolysers annually by 2030. This scenario will be presumably followed by the reduction of the price of electrolysers from about $1,400/kW today to $340/kW by 2030.

“The ability to produce small-scale, modular electrolysis cells at scale will make hydrogen accessible for swathes of industries that need it to decarbonize,” says Rethink in a press release, accompanying the new study, The Swelling Pipeline of Electrolyzer Gigafactories.

“Just as solar modules have in power generation, and batteries have in the EV (electric vehicle) space, electrolyzers will outperform expectations.”

Indeed, according to a report of National Energy and Climate Plan (PNIEC), the increase in production from renewable sources soon will weigh about 55% on final electricity consumption by 2030.

BaxEnergy deeply believes in the potential of green hydrogen

We trust in the fact that the production of green H2 from electrolysis, using renewable electricity, can represent a viable solution both in case of energy surplus produced but also for the continuous production of a green fuel for sustainable mobility and for uses in the field of stationary generation and industry.

Thanks to that, BaxEnergy is now investing in several projects whose aim is to develop the first Energy Management System in Europe – independent from OEM – that exploits batteries and green hydrogen to optimize the stability of the grid of cross-technology power plants’ portfolios.

BaxEnergy offers a comprehensive, flexible and scalable solution that grows with your business – ranging from field-level energy data aggregation to grid-wide energy analysis at the management level. Our energy management system works as an intelligent central brain capable to take effective decisions on how to utilize energy to your advantage. It allows all its stakeholders to consume energy when the price is low, sell it when the price is high, and optimize energy and hydrogen storage.

One of the points of its uniqueness consists of planning and controlling multi-technology (wind, solar, hydro, geothermal, combined cycle, H2), multi-vector (BESS, H2, RES, industrial deferrable EE and H2 loads, hydrogen refueling stations), local and virtual integrated energy systems with ease from a single platform, while utilities and independent power producers are often equipped with a different disconnected systems for each technology, for each manufacturer/supplier, and utilized for different functions (monitoring, controlling, analysis, reporting, forecasting etc.). This cloud-edge approach combined with the concept of a universal data engine allows to automatically optimize energy production without any manual intervention from the operator.

Furthermore, thanks to the technology that we can integrate, we have envisioned innovative ways to protect the power plants against the risk of the latest cyberattacks, making the whole grid infrastructure more resilient.

Many companies are now reallocating their capital to reach the goal of net-zero transition and hydrogen seems to be the required link and leading opportunity to decarbonize hard-to-abate sectors.

So, if you want to contribute to the progress of society without losing opportunity of improvement, meet our experts to find out more on our solutions.